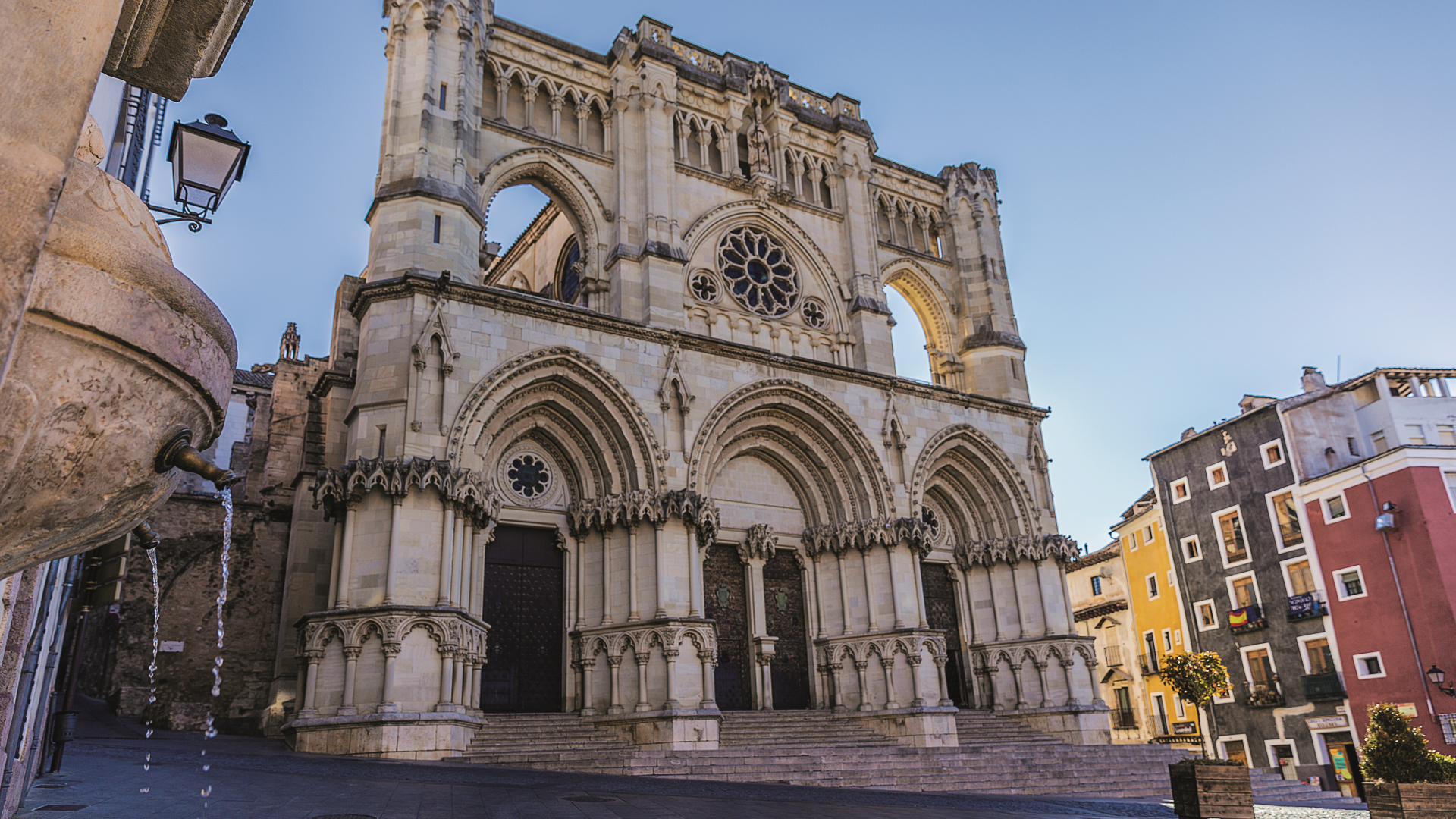 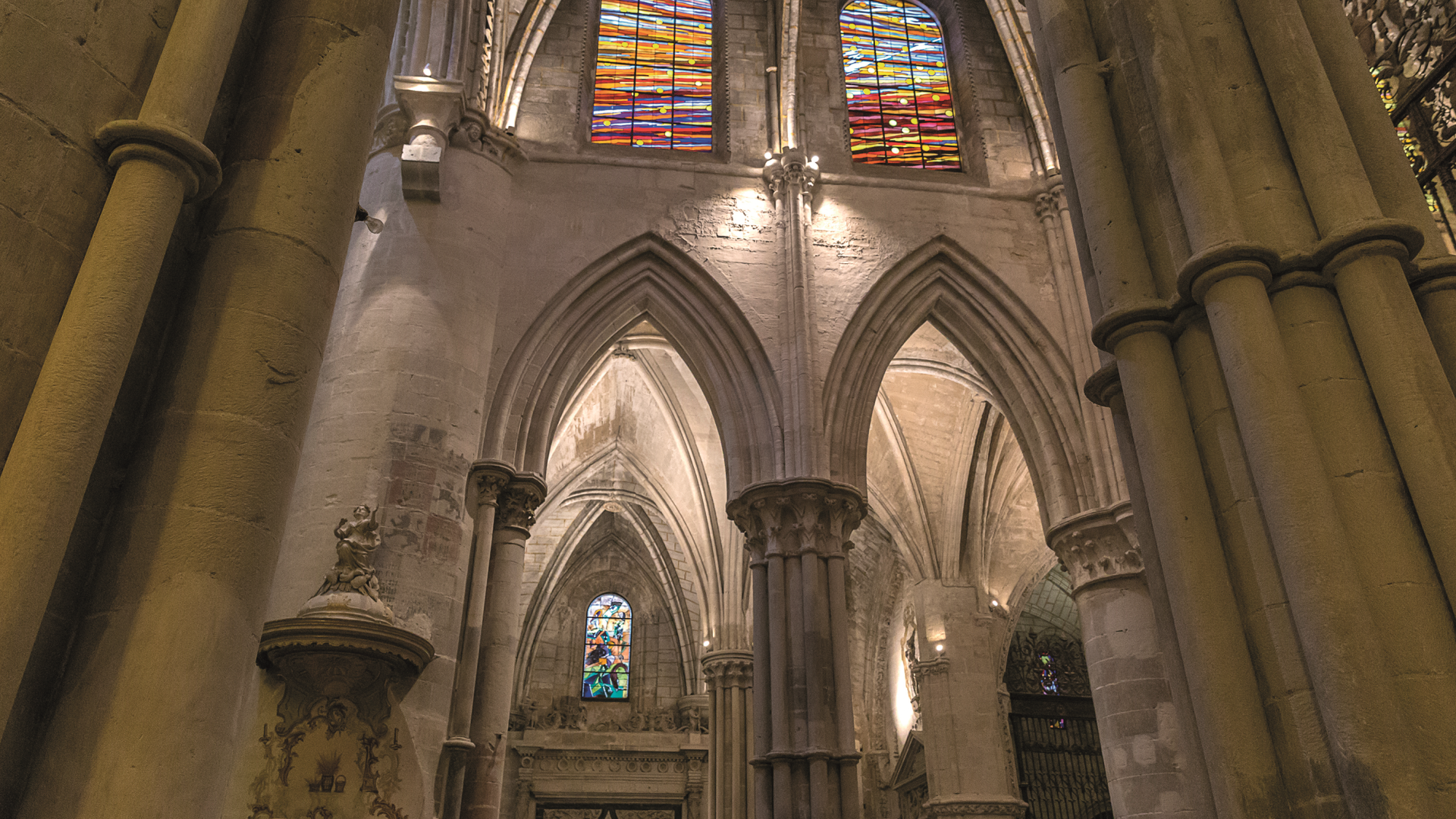 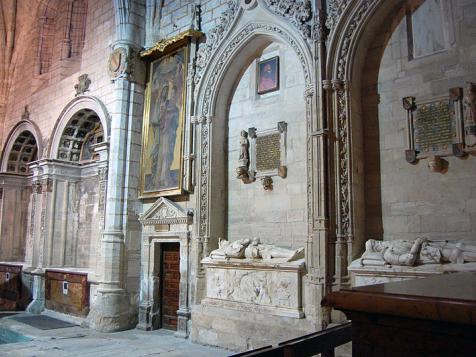 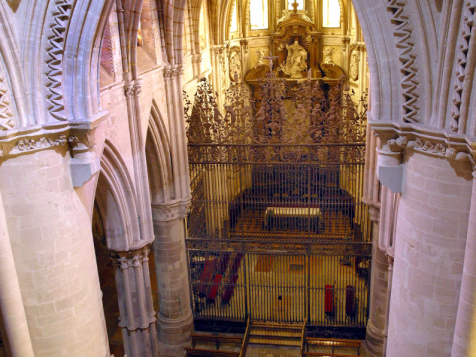 The most remarkable monument in Cuenca, its construction began at the end of the XII century, but the main core took shape during the thirteenth; in the fourteenth the naves going from the transept to the front were erected; the retro-choir was transformed to adapt the original structure to the new aesthetic conceptions. This building´s first façade was also built around that time and later replaced during the XVIII century by another one which had to be demolished in the early twentieth century.

Altogether, the cathedral is the end result of a complex series of architectural contributions; originally of Norman Gothic style, of which the original cross vault still remains and, specially, the unique clerestory; the series of chapels that cover the side aisles were built between the sixteenth and seventeenth century, the most important  being the "Apostles", "the Holy Ghost´s" and "the Knights" chapels, apart from the noble rooms such as the Sacristy or the Chapter room; most of these areas have splendid ironwork at the entrance, this attests to the importance of the workshops which specialized in that type of work in Cuenca at the time. The center of the temple is occupied by the choir, a magnificent woodcarving and, opposite, the Main Chapel, with a neoclassical altar which was designed by Ventura Rodriguez using the Transparent technique allowing us to see the other side of el Arca de Plata (Silver Ark) with the remains of San Julian (saint Julian); the Chapel is enclosed by impressive ironwork, certainly some of the best that can be found in Spanish temples.

Next to the central building block is the cloister, nowadays open, recently restored and accessible through el Arco de Jamete (arch), considered by specialists to be the best architectural element in the cathedral.