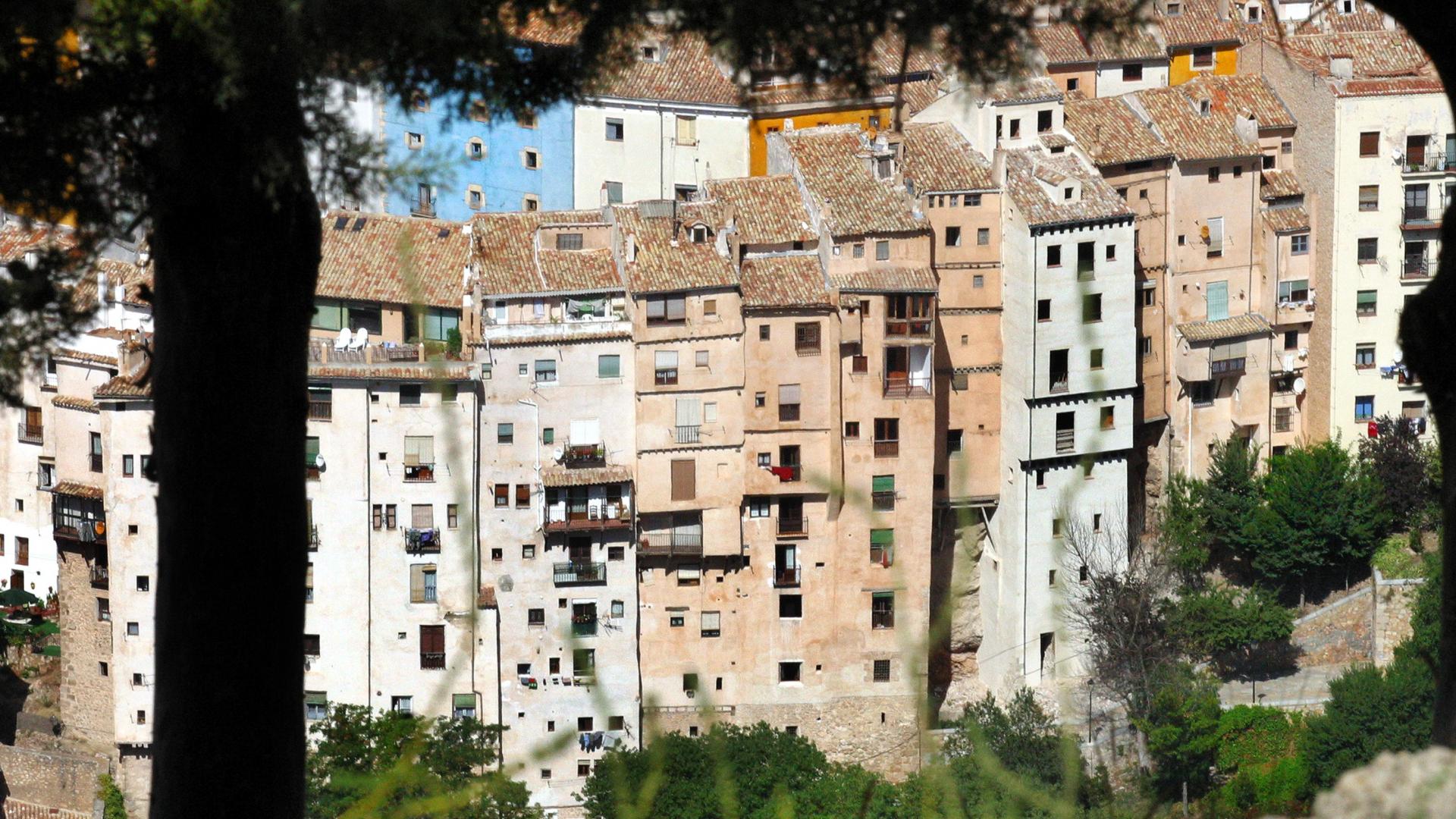 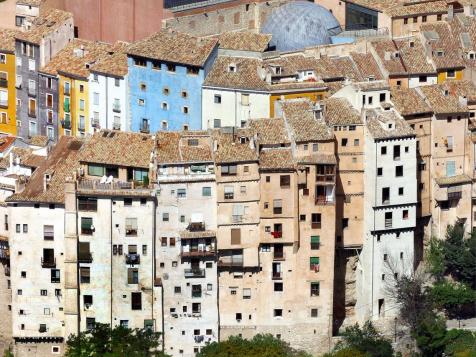 Group of popular character homes, distributed in many different intercrossed streets. Through one of them, behind the Museum of Abstract Art, you can reach the remains of San Martin´s church, where you ca see an old Romanesque apse, as part of a garden enclosure. One of Cuenca´s urban peculiarities is that the houses with an entrance on Alfonso VIII street have one appearance at the front and a very different one at the back overlooking the Huecar gorge, because not only do they rise upwards but they also extend downward growing on the rocks of the Huecar gorge, so these buildings can be up to ten- storey high but only three or four are above street level and the rest bellow. If we observe the entryway it´s easy to see that there is an upper and a lower stairwell. This can all be seen from the river Huecar.